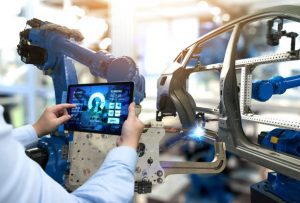 Vehicles are some of society’s biggest drivers.

Besides transporting billions of people all over the world on a daily basis, they also serve as a means of fun and recreation.

From motorcycles and cars to trucks and buses, vehicles are seen as some of the most prized commodities in today’s world.

As a result, working in the automotive industry, whether as a mechanic or robotics engineer, can be extremely lucrative and rewarding.

Even automotive jobs that aren’t as high paying, such as auto mechanic, car salesmen, and auto technician, can be extraordinarily fun, gratifying, and enriching.

If you have a passion for cars, here are 9 automotive industry careers you should consider. 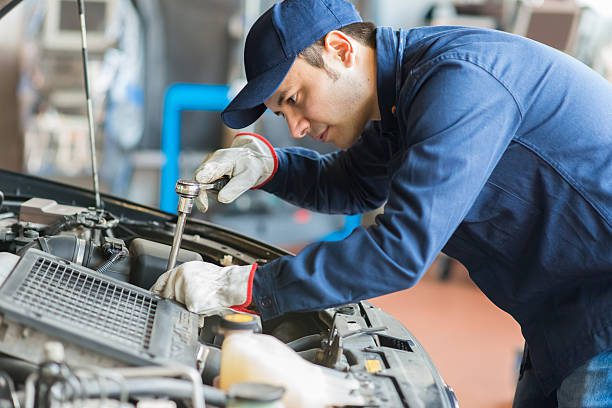 Why Become an Auto Mechanic?

Auto mechanics maintain, service, and repair many kinds of vehicles such as cars, trucks, and buses, earning an average of $44,890 a year.

People who are passionate about cars, are natural problem solvers, and have a knack for everything technical and mechanical should consider becoming auto mechanics.

Auto mechanics receive the majority of their training on the job

Read the full career guide: How to Become an Auto Mechanic 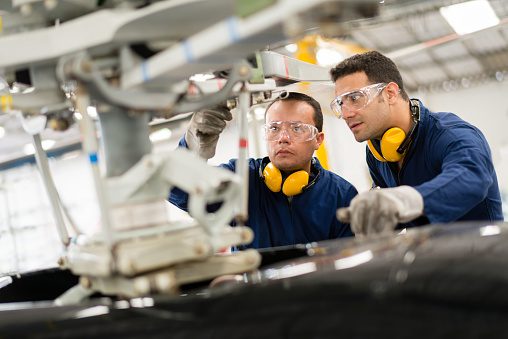 Why Become an Automotive Engineer?

Automotive engineers have many things going for them.

First, their work is in extremely high demand.

This is due to the fact that there’s been an increasing consumer demand to reduce oil and gas consumption, which has prompted the industry to create a wider range of vehicles—and hire engineers to make them.

Also, automotive engineers have the privilege of working for brands like BMW, Volkswagen, Toyota, Honda, and General Motors.

There, they design automobile systems, as well as the essential mechanisms and components to make them function.

Read the full career guide: How to Become an Automotive Engineer 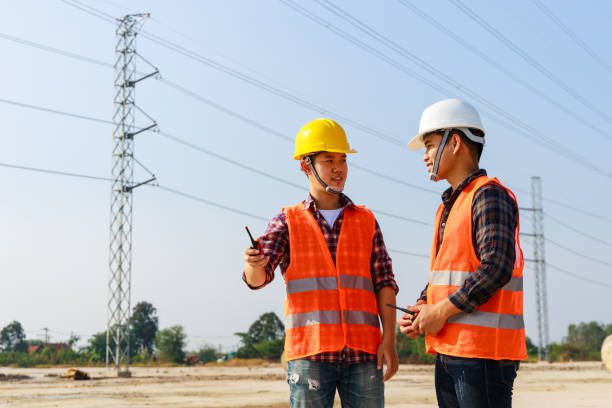 Why Become an Electrical Engineer?

People who are detail-oriented, have an affinity for math and science, and enjoy doing technical work would be strong contenders for a career in electrical engineering.

Electrical engineers’ responsibilities include designing and testing electrical equipment such as electric motors and machinery, lighting, wiring, and radar.

Read the full career guide: How to Become an Electrical Engineer 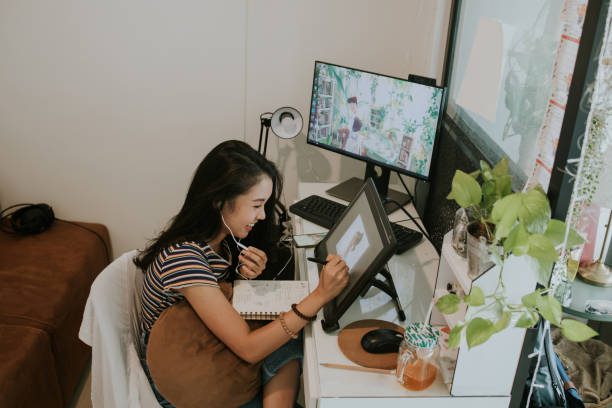 Why Become a Graphic Designer?

If you think that working in the automotive industry always involves wearing overalls, peering under a hood, and getting your hands dirty, think again.

In addition to creating logos and stationery for automotive companies, graphic designers also manage the advertising, copywriting, and marketing aspects of these entities.

Having a great deal of knowledge and skill in art and design, as well as strong interpersonal skills, is paramount to the success of a graphic designer.

With an average income of $56,510, money just isn’t a motivating factor for graphic designers. Rather, it’s their creative personalities and love of design that drive them.

Read the full career guide: How to Become a Graphic Designer

Why Become a Mechanical Engineer?

The work of mechanical engineers is varied, and in the automotive industry, they can be found doing a wide range of work—from creating models and prototypes and testing new machinery to maintaining equipment and performing safety checks of equipment.

Mechanical engineers are the first people to design engines, advanced machinery, and even the tools to make these things.

They’re also responsible for designing the tools that other engineers, such as automotive and electrical engineers, have to use.

This career path, which boasts an average salary of $93,540, is ideal for technically oriented people who enjoy math and science.

Read the full career guide: How to Become a Mechanical Engineer 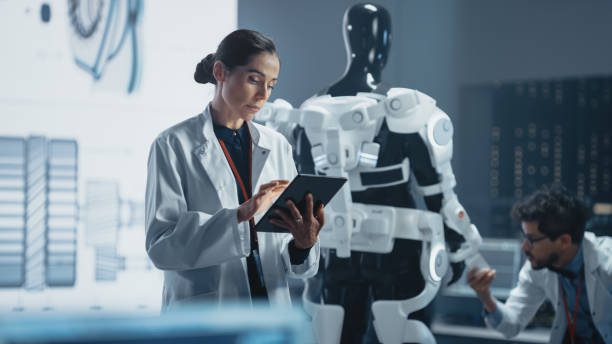 Why Become a Robotics Engineer?

If you’re like most people, you’ve probably fantasized about a world in which robots cater to every human whim, helping with their chores and doing their work on the job.

Thanks to the engineering acumen and creativity of robotics engineers, this fantasy has turned into a reality in many industries, including automotive manufacturing.

Robots are more efficient, dependable, and accurate than their human counterparts.

Little by little, they’re taking over the more dangerous, less appealing jobs in the automotive manufacturing sector, helping with assembly, painting and coating, machine tending, and internal logistics, to name a few.

And it’s the robotics engineers, earning $103,480 per year, who are responsible for making these top-of-the-line robots.

Read the full career guide: How to Become a Robotics Engineer 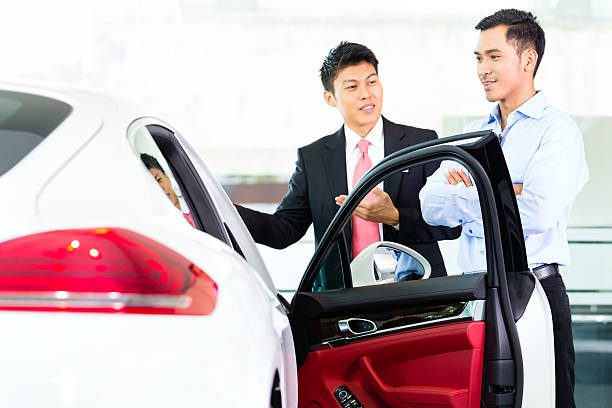 Why Become a Car Salesman?

Unlike most other professions in the industry, the car salesman profession requires interpersonal skills more than anything else.

After all, the ability to work with clients and provide high-quality customer service is essential to the work of a car salesman.

That being said, car salesmen do need to have some technical knowledge about automobiles.

For example, they need to have a basic understanding of gas mileage and engines, as well as the warranty plans that come with the automobiles.

The $29,360 annual salary may not be one to brag about, but for people who are passionate about the automotive industry and working with diverse clients, the car salesman profession should be taken into serious consideration.

Read the full career guide: How to Become a Car Salesman 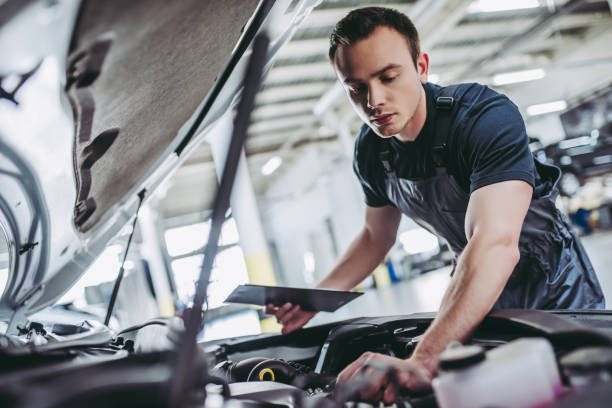 Why Become an Auto Technician?

Providing routine maintenance and repair services, auto technicians, who earn $44,890 a year, ensure that vehicles are up and running.

Since they service several vehicles per day, they have to be familiar with many different brands, models and makes.

Nowadays, with the arrival of electric and hybrid vehicles, they also need to have an understanding of the various types of energy consumption.

Besides providing basic maintenance, auto technicians can also diagnose and suggest solutions for any major problems, such as sputtering engines or alternator failures.

Read the full career guide: How to Become an Auto Technician 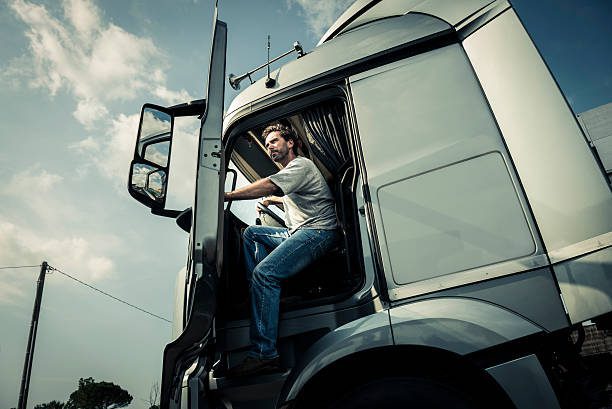 Why Become a Truck Driver?

Today, there are over 3 million truck drivers in the US.

They’re responsible for transporting goods across the country—and even across the world.

The $46,850 salary may not be the highest in the automotive industry, but if you enjoy spending hours in solitude and like the prospect of meeting all kinds of people during your trips, you might want to put truck driving at the top of your list.

Read the full career guide: How to Become a Truck Driver