How to Become a Rollercoaster Designer 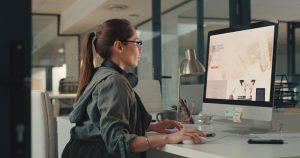 People probably have something else on their mind before getting onto a rollercoaster than how it was created.

However, these super fun sources of entertainment don’t come out of thin air and are created with a lot of planning, creativity and engineering principles and techniques in mind.

Rollercoaster Designers must have a background in engineering and have a strong basis in mathematics, physics and design.

Potential designers will also benefit from making strong connections with employers because competition is very stiff in this specialized engineering field.

In addition to being highly creative, people who want to become a Rollercoaster Designer must have interpersonal skills in order to work as part of a team.

These professionals work with several other experts in a team environment and need strong communication skills in order to suggest design and safety ideas.

Rollercoaster Designers must also be able to follow safety protocol to create not only highly efficient and fun rides, but that are also safe for riders.

Although there is no specific educational route students need take in order to become a Rollercoaster Designer, there are some helpful majors that can help candidates meet those qualifications.

However, students must have a background in engineering in order to become a Rollercoaster Designer.

In addition, candidates need to secure licensure in order to find employment.

The minimum educational requirement is a Bachelor’s degree in structural, civil, electrical or mechanical engineering.

In fact, most rollercoaster designing teams include a combination of engineering specialists.

Students will also benefit from taking designing, physics, mathematics and computer design software in order to strengthen their background.

In order to be more competitive in the field, students should consider attending a Master’s program to secure a degree in mechanical, structural or electrical engineering.

Some subjects students will learn during a Master’s program might include system dynamics and fluid mechanics.

Completing a Master’s program will strengthen a candidates background and will help them stand out in a field that is highly competitive.

Because Rollercoaster Designers create rides that attract many people, safety measures are required in order to create thrilling rides that are also safe for the public.

State licensure is required in order for a Rollercoaster Designer to work independently.

The inception of a rollercoaster begins with the design: what form it will take, whether it will have loops, suspend riders or have a traditional shape.

They will also consider whether the rollercoaster will speed into water, pass through tunnels or expected to travel at a certain high speed.

Together they will plan the layout for a rollercoaster that typically takes about 10 months to plan and build.

If a team is creating a ride geared to an amusement park’s specifications, they will use those ideas and apply engineering principles in order to begin the planning stages.

Rollercoaster Designers must also create thrilling rides that perform at an efficient but safe manner.

They will oversee the structure and design through the developing process making sure to make adjustments.

At the end of the development stage, Rollercoaster Designers will assure that a ride is performing safely during the inspection stage and make adjustments from the observations.

Jobs in this niche are limited and scarce with some reports stating that only 100 rollercoaster companies exist in the U.S that help build a limited amount of rollercoaster rides.

Candidates should expect to network and meet people in the engineering industry in order to find available jobs.

However, the average time it takes to build a rollercoaster from planning to functionality takes approximately 10 months.

Rollercoaster Designers can also look for maintenance jobs in this field.

The Bureau of Labor Statistics (BLS) has general information regarding wages for engineers.

However, engineers make some of the highest starting salaries for professionals with a minimum of a Bachelor’s degree.

For general engineering, national median wages for this profession is approximately $88,500 per year.

The salary range for all engineering position is approximately $49,000 to $132,000 depending on years of experience and level of education.

The top earning state in the field is New Mexico, where the average salary is $114,420.

The top earning state in the field is New Mexico, where the average salary is $9,500.

The top earning state in the field is New Mexico, where the average salary is $55.01.

What do rollercoaster designers do?

Designing a rollercoaster is not an easy job; it requires a lot of creativity and engineering knowledge.

Rollercoaster designers must take into account a lot of factors when designing elevated railroad tracks that are both fun and safe.

Today coaster designers rely on computer software for much of the process.

Usually, rollercoasters are custom made, taking into account the specific features of the amusement park and the client’s budget.

How much does a rollercoaster designer make?

The salary depends on the employer, the region, and the engineer’s expertise.

How much does it cost to become a rollercoaster designer?

Tuition costs vary widely, depending on the college and the program you choose.

For example, bachelor’s degree programs in mechanical engineering cost, on average, around $45,000 a year for out-of-state students.

Some colleges also offer four-year programs that lead both to a bachelor’s and a master’s degree.

Ater finishing college you will also need a state license before practicing as a rollercoaster designer.

The experience requirements for licensure vary by state.

You can take an entry-level test right after finishing college and, if you pass the test, you will be allowed to work under the supervision of a licensed engineer.

What is the demand for rollercoaster designers?

The demand for rollercoaster engineers depends on the region and the local economy.

Studies show that the market for roller coasters is expected to grow in the future as amusement parks become more popular.

This growth is expected to lead to additional jobs for rollercoaster engineers.

How long does it take to become a rollercoaster designer?

Rollercoaster designers are engineers who typically hold a bachelor’s degree in mechanical, electrical, civil engineering, or a related field.

Getting your bachelor’s degree typically requires around four years of training.

Five-year intensive programs that lead to both a bachelor’s and a master’s degree are available at some colleges.

In order to become a rollercoaster designer, you will need to be state-licensed.

The experience requirements for licensure vary by state but you will need at least four years of experience until you are ready to take the final exam and become a fully-licensed engineer.

You can take the entry-level licensure test right after graduation and, if you pass, you will become and Engineer in Training and will be allowed to work under the supervision of a fully-licensed engineer.

Graphic designers create designs and layouts for everything from hot sauce packets to book jackets.

Web designers utilize their skills as software programmers to change the look and feel of websites they design creatively.

Floral designers use their knowledge to recommend flowers and designs to customers.