How to Become a Legislator 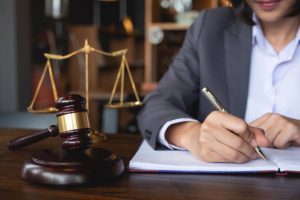 Legislators are elected or appointed officials that work with other government officials in order to develop Federal, State or local laws and regulations.

Along with their staff, these professionals handle many aspects of the lawmaking process including developing bills and laws.

Legislators can work at the local, city, state or federal level and are required to work on behalf of the public or their constituents.

Legislator is an umbrella term used to describe a government official that helps develop and enact laws.

People can refer to the following government lawmakers as Legislators:

Candidates need a combination of experience, education and public appeal in order to become a Legislator .

Reading the information below will give you an idea on how to begin this track and pursue your dream of becoming a Legislator.

Education Requirements to Become a Legislator

The majority of Legislators have a minimum of a Bachelor’s degree.

Approximately 41 percent of legislators have advanced educational diplomas such as a Master’s or Doctoral degree.

Some candidates opt to finish law school in order to become a Legislator.

In addition, a highly qualified government official will have an extensive background working within the government or as a politician.

Potential government officials will need to work very hard in order to become a Legislator.

Beginning this career will take effort even before acquiring a college degree.

Candidates will need to gain experience and spread their message by volunteering and becoming very active within local politics.

Candidates can join a local campaign as a volunteer to learn how politicians gain momentum in election races.

Because Legislators such as Senators and Representatives are elected officials, gaining a voter following is of utmost importance in order to become an elected official.

These officials need skills that will help them get their message across and attain voter interest.

Students should work hard to improve their public speaking skills and have the ability to network with a wide range of people.

Developing a political platform is also important so that the public knows what type of agenda you believe in.

Registering with your state is required in order to be named on a voting ballot.

This is when candidates should focus on developing their agenda to gain a voter following.

Getting a candidate’s name on a ballot will also vary by state.

Funding a political campaign is important in order to gain a voter following.

Some federal government positions require extensive funding requiring millions of dollars in order to pay for advertisements and media coverage.

Candidates must also make public appearances in order to communicate their agenda to a large amount of people.

Running a campaign, raising money and getting voters to agree with your platform are only the beginning steps to become a Legislator.

After the polls have closed and official ballots have been counted, Legislators must begin serving their constituents and the public’s interest.

Once voted in, State Legislators will serve either two year or four year terms, depending on the government position they ran a campaign for.

Legislators get voted by their constituents in order to plan, develop and authorize state laws and other regulations.

State Legislators are also responsible for these same duties, however on a smaller scale.

Some state Legislators may also work part time throughout the year depending on their jurisdiction’s size.

Legislators also meet with other government officials in order to discuss and promote their laws and vote on other laws created by other officials; Legislators may also work on committees.

Senators are responsible for all of these duties the only difference being that the laws they develop, vote and discuss are at the Federal level.

The Bureau of Labor Statistics reports that the average wage in 2009 for Legislators was approximately $38,000 per year.

Wages will be determined by the government level an official is appointed in.

The top earning state in the field is New York, where the average salary is $90,230.

The top earning state in the field is New York, where the average salary is $7,500.

The top earning state in the field is Alabama, where the average salary is $.

What does a legislator do?

A legislator is a member of the legislative branch of government.

These people are elected by the public to propose bills, hold votes, and pass laws.

The typical responsibilities of a legislator also include developing bills; debating and analyzing the impact of proposed laws; drafting or approving regulations, policies, programs, and budgets; collaborating and negotiating with other legislators; voting on bills; seeking funding for programs and projects; listening to and addressing the concerns of the people they represent, and so on…

Legislators work for the federal government or for other levels of government.

The main aim of a legislator is to represent the interests of the people in his or her district.

How much do legislators make?

On average, a legislator can make a little less than $25.000 per year in the United States.

The salary would certainly depend on a variety of factors – your education and experience level, the location and so on.

Legislators that work in New York, for example, have the highest average salaries.

An entry-level legislator can earn around $8 per hour, while a top-level specialist with plenty of experience can make $47 and more.

How much does it cost to become a legislator?

The educational requirements to become a legislator are not specific.

However, in a lot of cases, you would need a bachelor’s degree in law, business or a related field, in order to become a successful legislator.

A master’s degree in public administration can be helpful (over $30.000).

What is the demand for legislators?

The legislator job market is expected to grow by 7% between 2016 and 2026, according to the Bureau of Labor Statistics.

That is close to the national average for all occupations in the United States.

The legislator job market is an extremely competitive field (especially on the federal and state level and in larger municipalities); only those with outstanding personal qualities will be able to succeed on their career path.

How long does it take to become a legislator?

You would need 4 years to obtain a bachelor’s degree; a master’s degree will take you 2 years, while a Ph.D. might require up to 8 years of your time (in case you decide to go for one).

Work experience is extremely important if you want to become a legislator; you might have to work for years in law, business, management, politics or education.

The chances are high that you would have to campaign for a position; that will require a significant amount of money, long hours, and persistence.

Politicians have to represent the wishes and preferences of the general public.

Tax examiner's job involves making sure that tax credits and deductions claimed by taxpayers are legitimate.

Ambassadors try to smooth out the relationship between countries.